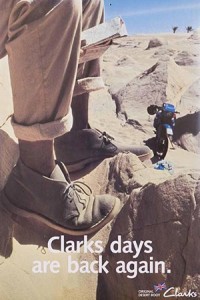 The original desert boot is made by Clarks, although there are currently many imitators. The shoe can be unisex but here’s how to wear desert boots – men plus how the shoe came from Burma to the United Kingdom.

Before Nathan Clark, great-grandson of James Clark – one of the two founders of shoe company C&J Clark Ltd., left with the Royal Army Service Corps, his brother Bancroft gave him the mission of gathering information on footwear that might be of use to the company during his world travels. During his mission in Burma he spotted off-duty Eighth Army officers wearing ‘crêpe-soled rough suede boots’ that had been made in Cairo’s Old Bazaar.

After his return, the shoe was re-created the shoe with a streamlined construction of a two-piece upper, back stiffener, and crêpe soles with a wide rounded toe box. The sole was the first comfortable alternative to leather and became an instant hit in the United States as part of the preppy look of the time, defying the doubts of the shoes naysayers.

Since their introduction, desert boots have become available in range of forms and the footwear of choice for for numerous style icons over the decades. They were the shoes for 60s and 70s mods, 80s hip hop crews (customized by markers), and 90s house fans (comfortable enough to dance all night). Other devotees include Steve McQueen, Bob Dylan, and the Beatles. 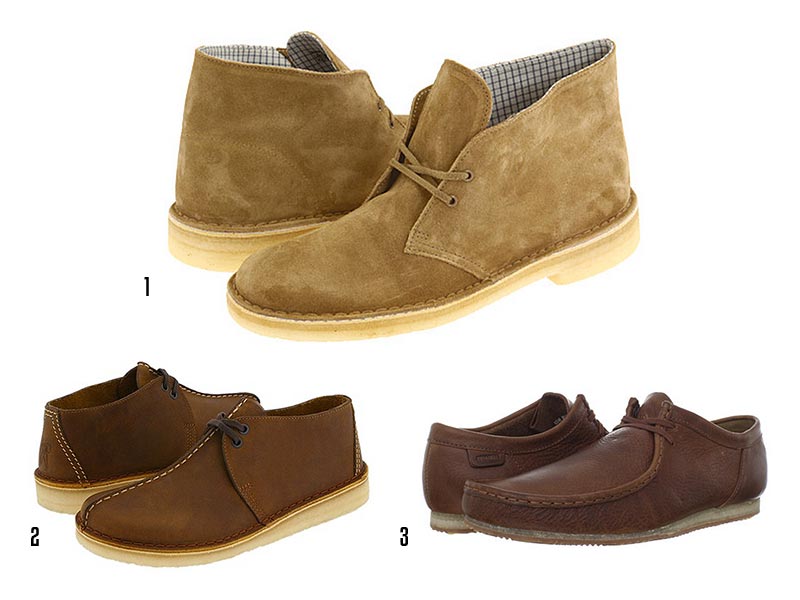 Desert boot variations from Clarks include the distinctive Wallabee and Desert Trek, with a lower cut and distinctive center (they were introduced during the oil crisis when larger numbers were walking to work). Many companies now make their own version of Clarks desert boots but there is only one original. In France, all desert boots are known as les Clarks.

While desert boots have varied in their degree of popularity, they have and will never gone out of style. Desert boots are one of the most versatile shoes for men. They can dress down a suit, dress up jeans, and work well as originally worn, with rolled up khakis in the summer, proving their ‘legendary qualities in hot weather’. 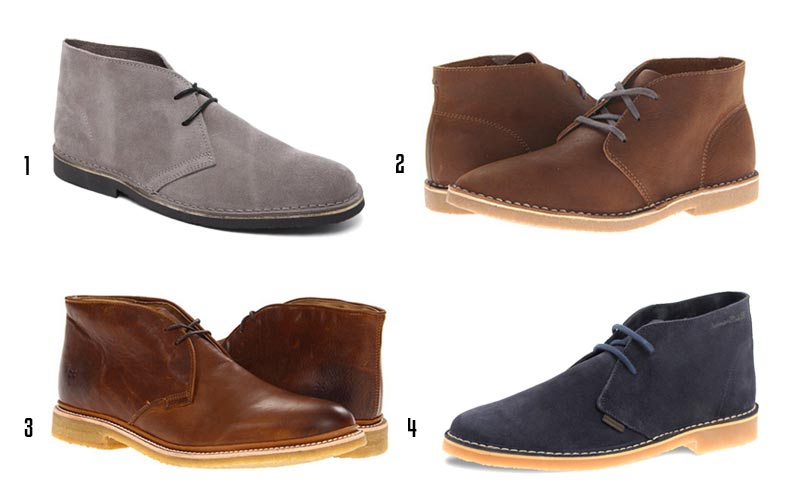